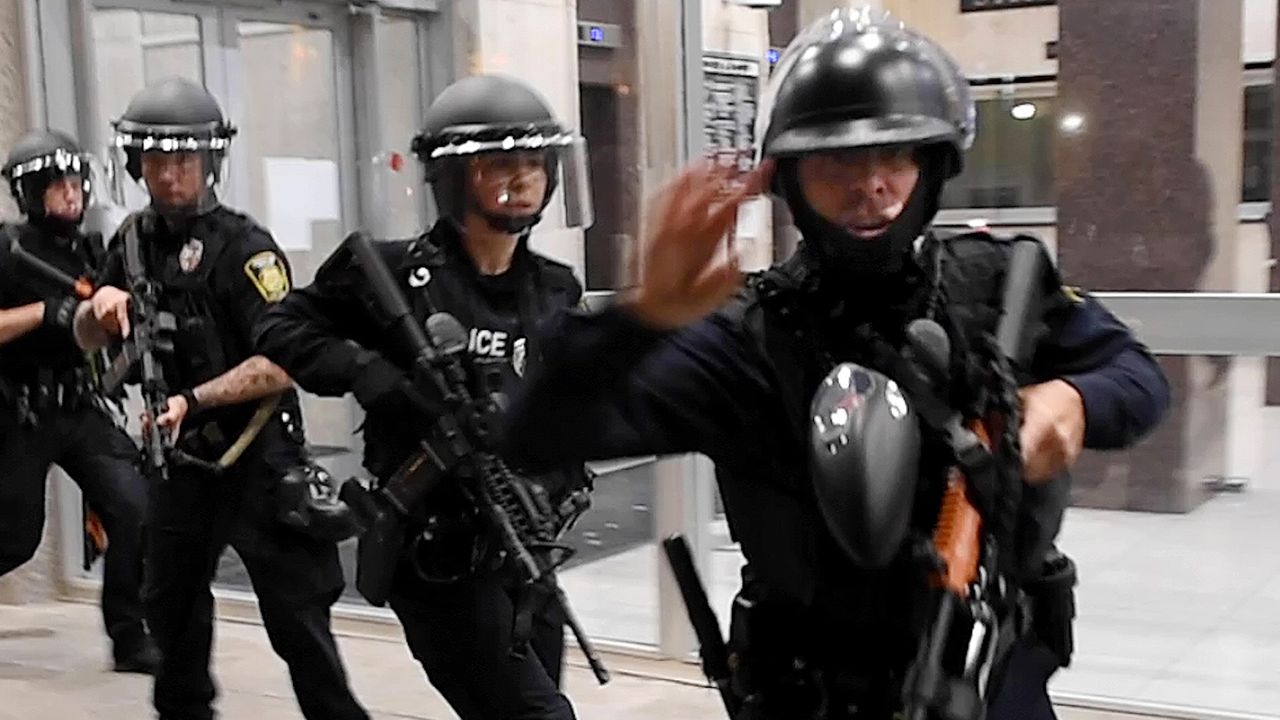 The unprovoked attack by a uniformed police officer on a local news photographer is a shameful moment in the history of the City of Syracuse.

We, the Syracuse Press Club, call on Mayor Ben Walsh and Police Chief Kenton Buckner to publicly, swiftly denounce this officer’s actions and declare that such behavior by law enforcement will not be tolerated.

The unnamed, armed Syracuse Police Department officer who aggressively knocked down veteran Post-Standard photographer Dennis Nett while he was covering protests on May 30 needs to be publicly identified and disciplined.

So far, the mayor and police chief have asked for more time to conduct an investigation. Meanwhile, in an interview with CNY Central, Syracuse Police Benevolent Association President Jeff Piedmonte downplayed the incident, saying it was “unfortunate” that Nett fell.

This mischaracterization is insulting to anyone who watched the video. It is a blatant affront to the truth and further breeds distrust between the police, the media and the public.

The mayor and the police chief could seize this incident as an opportunity to prove their commitment to transparency, accountability and simply doing the right thing. The longer they fail to act, the longer they allow Piedmonte’s dishonest narrative to prevail. An open and transparent discipline process can help repair some of the damage caused by this senseless attack. We urge the City of Syracuse to consider training, suspension, firing and criminal charges all as potential options for dealing with this officer. Prompt, decisive and transparent action is necessary to begin the process of restoring the public’s trust in law enforcement.

The Syracuse Press Club has supported and advocated for Central New York journalists for close to 70 years. Members have covered all manner of crime and tragedy, in order to provide the public with an honest portrayal of what is happening in the community. This work is protected by the First Amendment and serves the public’s right to know.

An attack on a working journalist is an attack on the First Amendment, on every citizen’s ability to know the truth of what government officials are doing their name, with their tax dollars. The press’s right to document police activity is foundational to our democracy and has long been protected by the courts.

It is time for the mayor and chief to show courage, stand up to needless violence, and denounce this cowardly misuse of police authority so that it does not happen again.

The Club implores the City to act now, to right this wrong and prevent something worse from happening in the future.

-The Syracuse Press Club Board